Lately we have been focusing a good bit of attention on one of our projects http://bestpartyever.com. We are in the midst of an overhaul of the current system, moving it over to Code Igniter(CI) and revamping the entire system, while adding an entirely new user experience. The CI PHP framework is nearly effortless to use, and even for a more designer-type like me, writing functional code is pretty easy.

I have been blogging a bit about the process here on the bpe dev blog.

Code is something no one will see (unless it doesn’t work) and users tend to judge on the visuals. Have a look at this screenshot of the new user profiles that are still in progress. (image scaled down, click to expand) 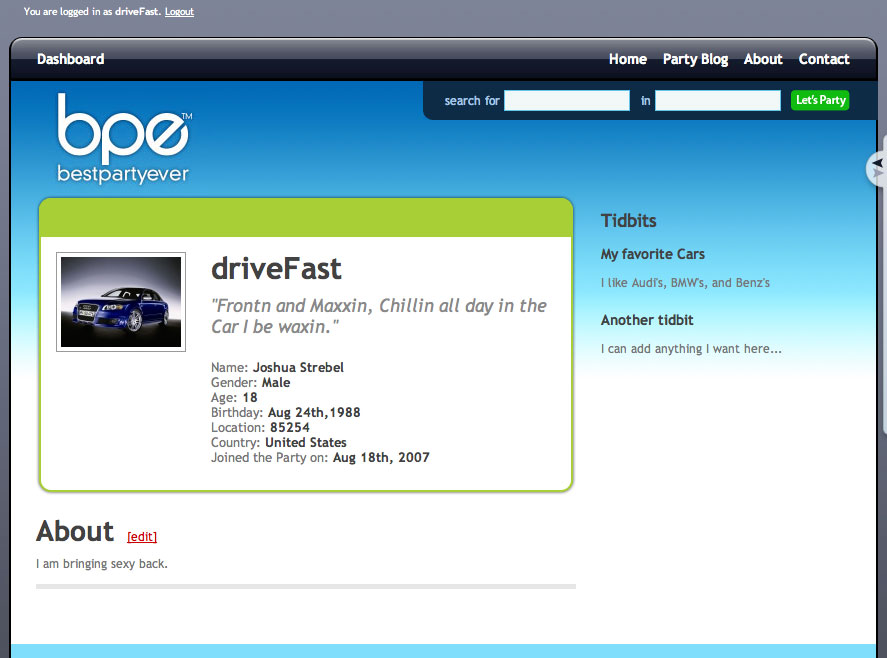 As you can see the screen is pretty sparse at the moment. We have a ways to go still, but the overall feeling is there. Hopefully its comes across as feeling very ‘clean’ and ‘refreshing’. Thats it for the sneak peak, feel free to subscribe to the bestpartyever development blog to follow the progress of the new site as we get closer to an expect late september re-launch.

UPDATE: After getting a few requests for more… here is screenshot of the new registration page.